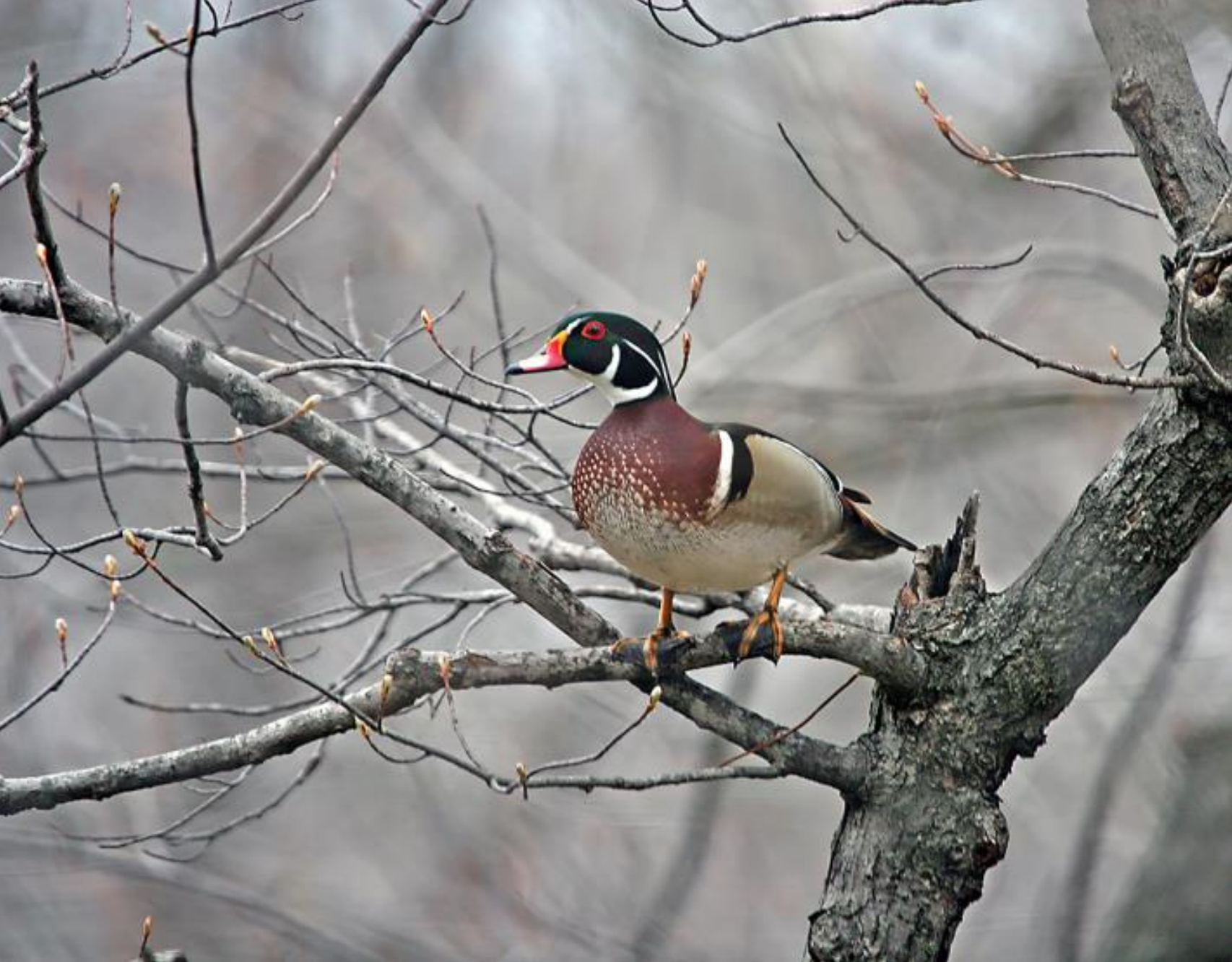 Duck season began on October 24th for most of the survey sites in the Illinois River valley (IRV), and duck abundance increased 25% on the refuges from the previous week. This is what typically happens after the central zone duck season opens. Case in point, Goose Lake (Woodford County) at Chillicothe held about 20,000 ducks on Thursday prior to duck season. However, on Monday after the duck opener, the same lake held nearly 45,000 birds. This increase represents ducks getting pushed out of the private clubs due to the gunning pressure.

Duck numbers in the IRV were 14% above average for the last week of October and totaled 256,025 ducks. Duck numbers on the Mississippi River were 61% ahead of the 10-yr average and 40% up from the previous week. I expect the duck numbers on the lower Mississippi River in St. Charles County Missouri to hold steady until Missouri’s central zone opens on November 7th . Several of the big refuges and clubs were still pumping water in this region and quality duck habitat was slowly increasing. For more information on the waterfowl surveys check out our web page at www.bellrose.org.

Field reports indicated hunting success was variable for the Illinois’ central zone waterfowl opener. Some hunters along the Illinois River had good hunting on Saturday, especially if there were wood ducks around, but as usual, the numbers tailed off pretty quickly. Rice Lake SFWA had a pretty good opener, but Monday’s harvest was only 25% of what was taken on Saturday. The opening weekend totals at Sanganois SFWA were about 30% below normal and wood duck harvest at the site was less than average which was interesting because wood ducks were plentiful in many harvest reports from the marshes. I heard one club on the Mississippi River near Quincy shot a 12-man limit on opening day, but harvest had slowed down considerably as of Tuesday (October 27th). The Mississippi River Area (MRA) near the confluence of the Illinois and Mississippi rivers on opening day took 1.64 ducks per hunter which was slightly higher than Sanganois SFWA which averaged 1.39 ducks per hunter. Rice Lake SFWA harvested 2.15 ducks per hunter on opening day.

There will be some blustery weather in North Dakota on Wednesday (October 28th) with northwest winds gusting as high as 39 mph. A duck hunter can only hope this weather will drive new migrants our way for the second weekend of the season. Be safe and happy hunting! Stay tuned for more updates next week…