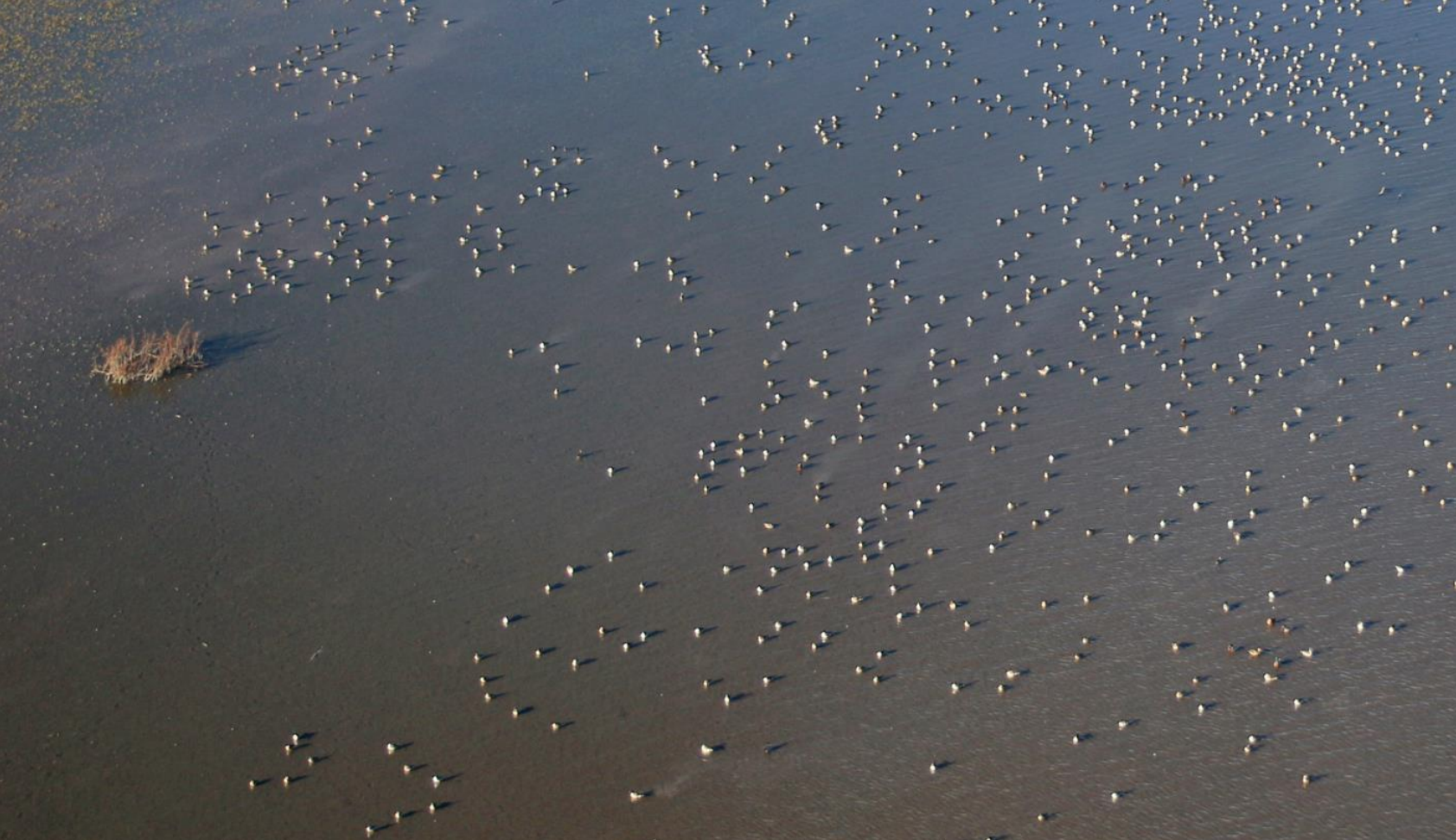 It appeared as though the weather system that moved through the central United States over Halloween weekend, brought only a few migrant waterfowl. The Mississippi River duck numbers were up 8% and the Illinois River was up 18% from the previous week. We are currently 13% above the 10-yr average along the Mississippi (252,295 ducks); however, the Illinois (302,780 ducks) is running 12% below normal. Hunting reports from last weekend indicated success rates had tailed off at many clubs and managed waterfowl areas along both rivers. We can only hope the cooler temperatures over the 2nd weekend in November will bring some new birds. For more information on the waterfowl surveys check out our web page at www.bellrose.org.

As I was thinking of a blog topic for the week, my mind went to Pintails, Pintails, and Pintails. Northern Pintail numbers have been high for several weeks now. NOPI’s, as they are referred to on the aerial inventory data sheet, were 57–94% above average, and this week’s estimates ranked 9th all-time for the Illinois River and 11th all-time along the Mississippi River since surveys began in 1948. If you haven’t had the opportunity to harvest that prized drake Pintail this year, you better hurry up. I expect Pintail numbers to start falling in the next week or two as the weather turns cooler.

The Northern Pintail is one of the easier ducks to identify from the airplane. Flocks of Pintails tend to orient themselves in a common direction as the airplane approaches. This behavior makes the white chest of a Pintail very visible from the air. My pilot and I refer to them as “headlights” because the white reminds us of a bunch of car lights in the middle of the night.

Be safe and happy hunting! Stay tuned for more updates next week…