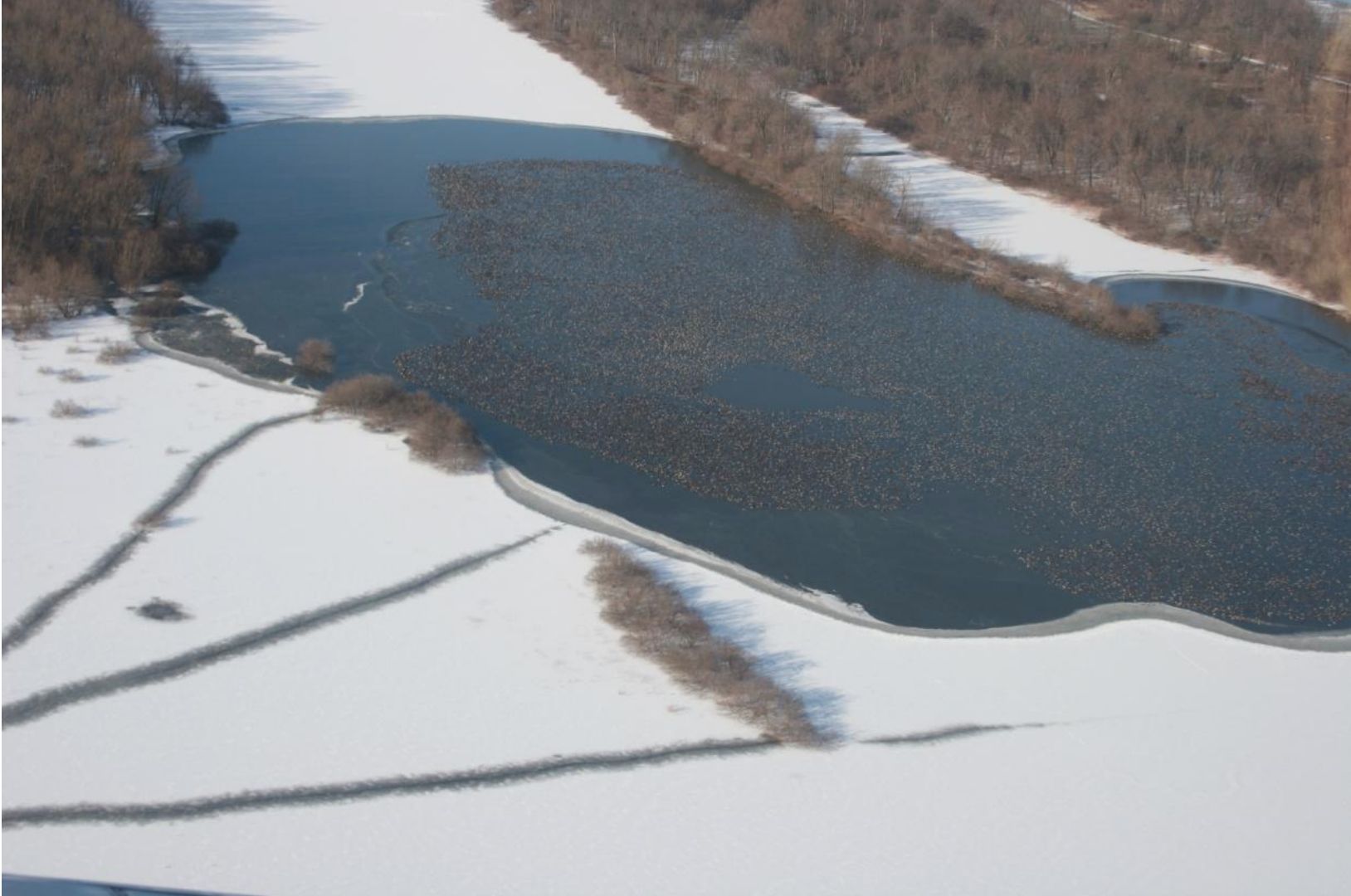 We completed the waterfowl survey on November 24th of Thanksgiving week. There was significant ice on many of the northern locations; however, ice was breaking up with the warmer temperatures later in the week.

Thanksgiving week is typically the “big push,” when mallards arrive in large numbers, and duck hunters get excited. This was exactly what happened on the Mississippi River where total duck abundance (540,060) was 30% above the 10-yr average. Cannon and Dardenne refuges were loaded up with ducks, and most of the other locations along the Mississippi had above average numbers of mallards. Port Louisa had the most ducks I have seen there in my 11 years of flying the waterfowl survey. Additionally, the bluebills have arrived on Pool 19. A substantial raft was observed just below Nauvoo on the Illinois side of the Mississippi River.

The story was very different along the Illinois River. Total duck numbers (176,260) were 28% below average, and mallards were down 36% from where they should be. The only count with fewer ducks this fall was the October 14th survey. Ducks weren’t distributed evenly along the Illinois River either where a third of the birds were observed along a small stretch of the river near Chillicothe. I think we had a movement of birds into the Illinois Valley during the third week of November, but the below average duck food along the river coupled with the frigid temperatures on November 21–22 forced the ducks further south.

A duck hunter can only hope another flight of mallards will arrive from the prairies soon!