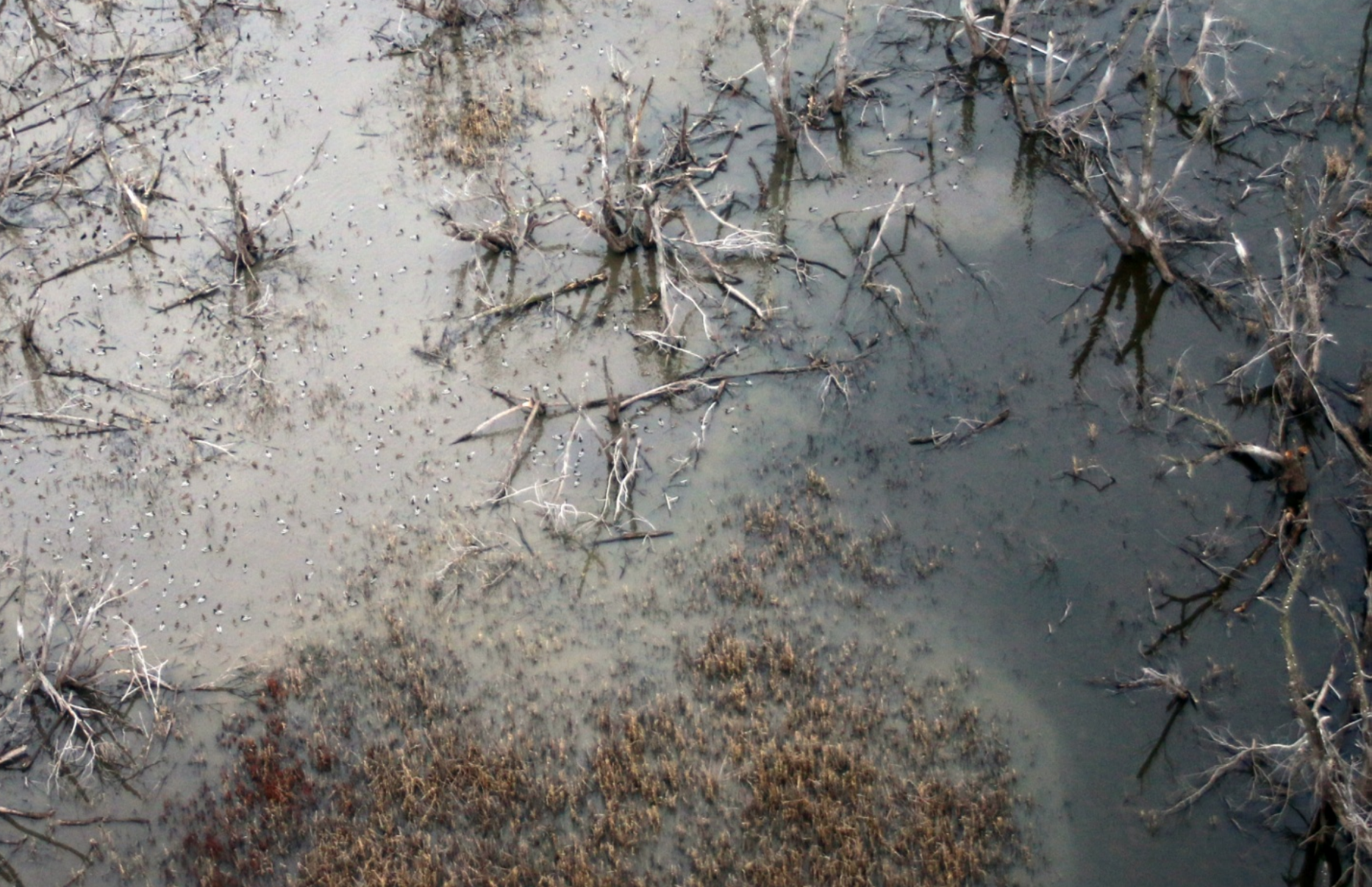 We completed the waterfowl survey on Tuesday, December 15th. Surprisingly, there were still good numbers of mallards (120,545) in the Illinois Valley where they were matching the 10-yr average. Total ducks were 26% above average for mid-December reflecting the mild weather we have encountered this fall. Normally our lakes and marshes are frozen by the middle of December.

Waterfowl numbers along the Mississippi River were very abundant (624,000 total ducks) and were 143% above average. Mallards were packed into many of the refuges and were 133% above average. We saw sheetwater everywhere from the rains that passed through the region the previous weekend. In fact, I have never seen the Cannon Refuge so full of water during fall. The entire refuge had shallowly flooded moist-soil vegetation and the ducks responded. My count (222,755 ducks) was a record number for Cannon during fall since the inception of the waterfowl survey back in 1948.

My blog photo for the week again delves into the aerial view of feeding ducks. When you scan the left side of the photo, you see the muddy water where the mallards have been foraging compared to the relatively clear water on the right side of the photo. Some hunters purposely stir the water in their decoy spread to mimic this view and make their decoys more realistic.

This will be my last blog for the year so good luck in the remaining days of the 2015 duck season.