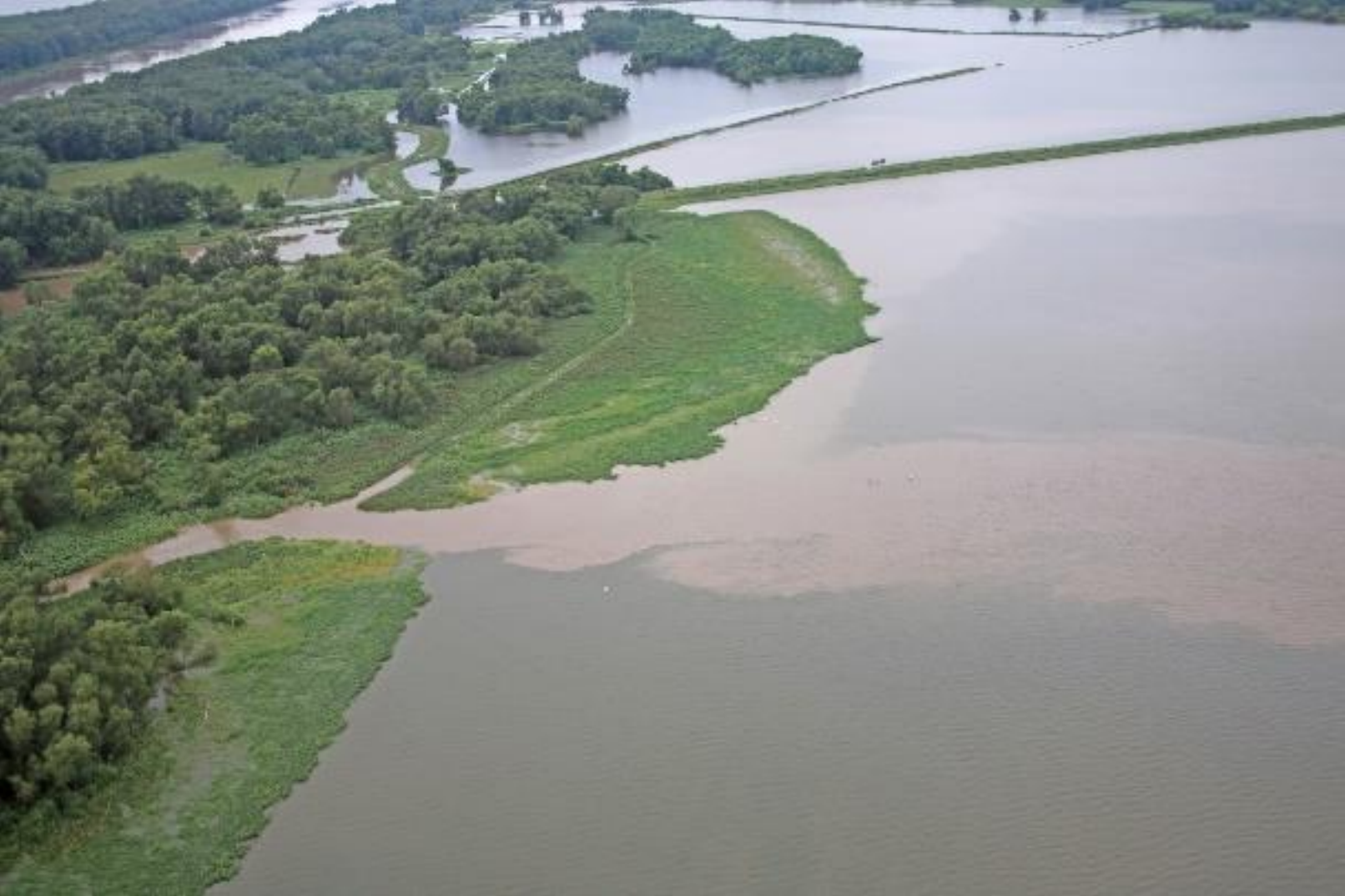 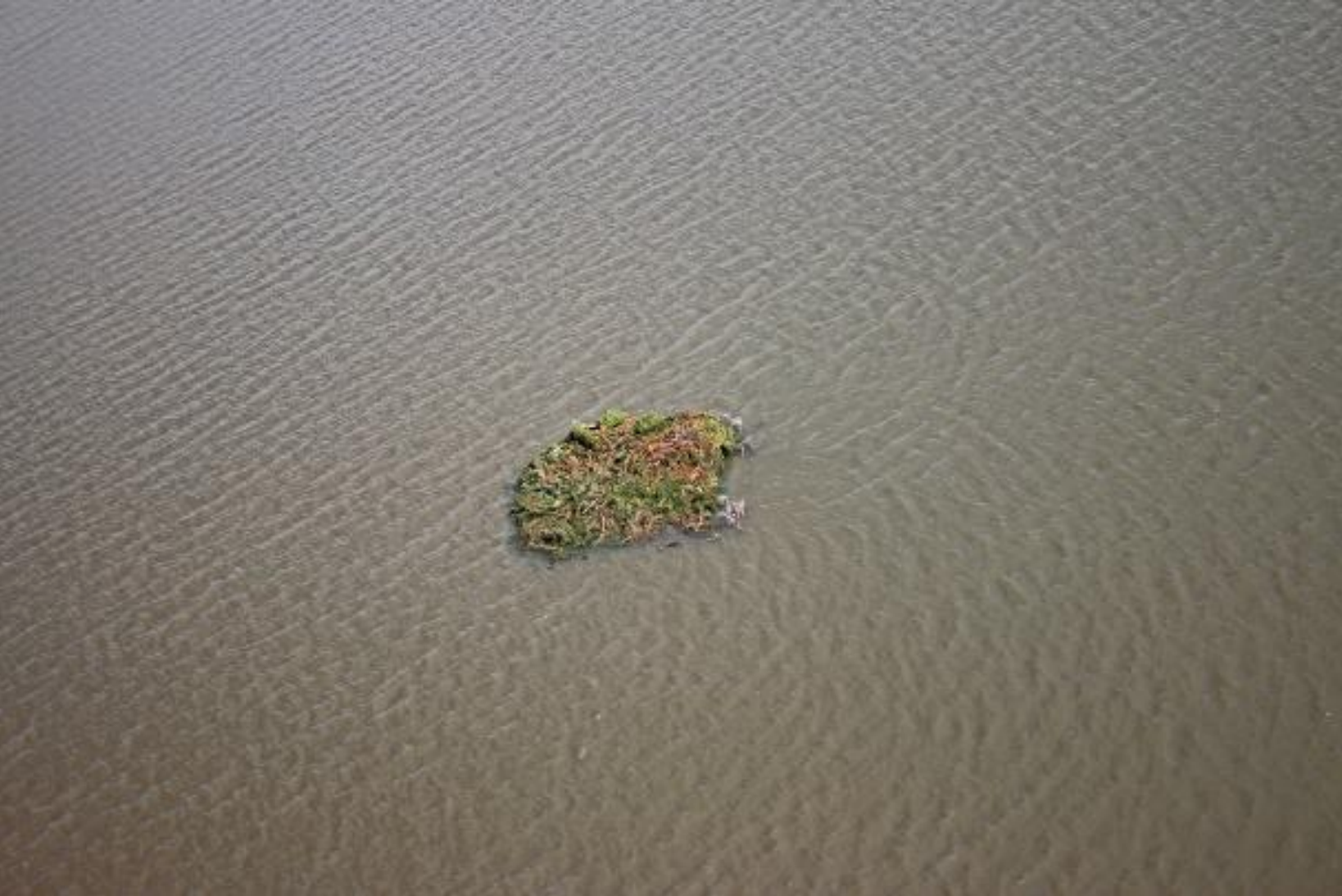 We flew the duck survey on Wednesday, August 31st, and so we begin our 68th year of waterfowl surveys on the Illinois and Mississippi rivers. Mother nature got us again… at least along the Illinois River! Extensive rains in the Illinois River watershed in the last couple weeks have caused the river to swell and flooding is ongoing. Almost all the duck clubs and waterfowl refuges from Hennepin to Meredosia lost their duck food this week. The attached photo shows levee overtopping at The Woodyard, a private club on the south side of Goose Lake near Rice Lake State Fish and Wildlife Area. In the foreground, you can see the silty waters of the Illinois River dumping into the cleaner water of Goose Lake. That is some of Illinois’ best topsoil in a place it shouldn’t be. The second photo kind of sums it up for a group of Woodford County duck hunters. A lot of time and effort are put into duck hunting each summer/fall only to have it partially ruined by a wildly fluctuating river.

Heavy fog and low cloud cover prevented us from getting to the lower Mississippi River this week. We anticipated the low ceilings would lift when we left Pekin Airport at 7:45 AM; however, FAA flight regulations prevented us from surveying anything below Clarence Cannon NWR near Annada, MO. I will provide more detail on wetland habitats in the central Mississippi River floodplain next week, but what I saw from Clarence Cannon north to Port Louisa was impressive. If flooding holds off, the central Mississippi River should have ample duck food this fall.

Despite flooding along the Illinois River, duck abundance was up 7% from the 10-yr average. Those early season migrants are starting to arrive including northern pintail, northern shoveler, and blue-winged and American green-winged teal. Total duck numbers were 30,390, of which 82% were blue-winged teal. Unfortunately for many teal hunters, the majority of the teal were sitting on Emiquon and the North Pool of Chautauqua NWR. I won’t speculate yet about teal numbers along the central Mississippi River because I wasn’t able to fly some important bird areas near the Illinois River confluence.