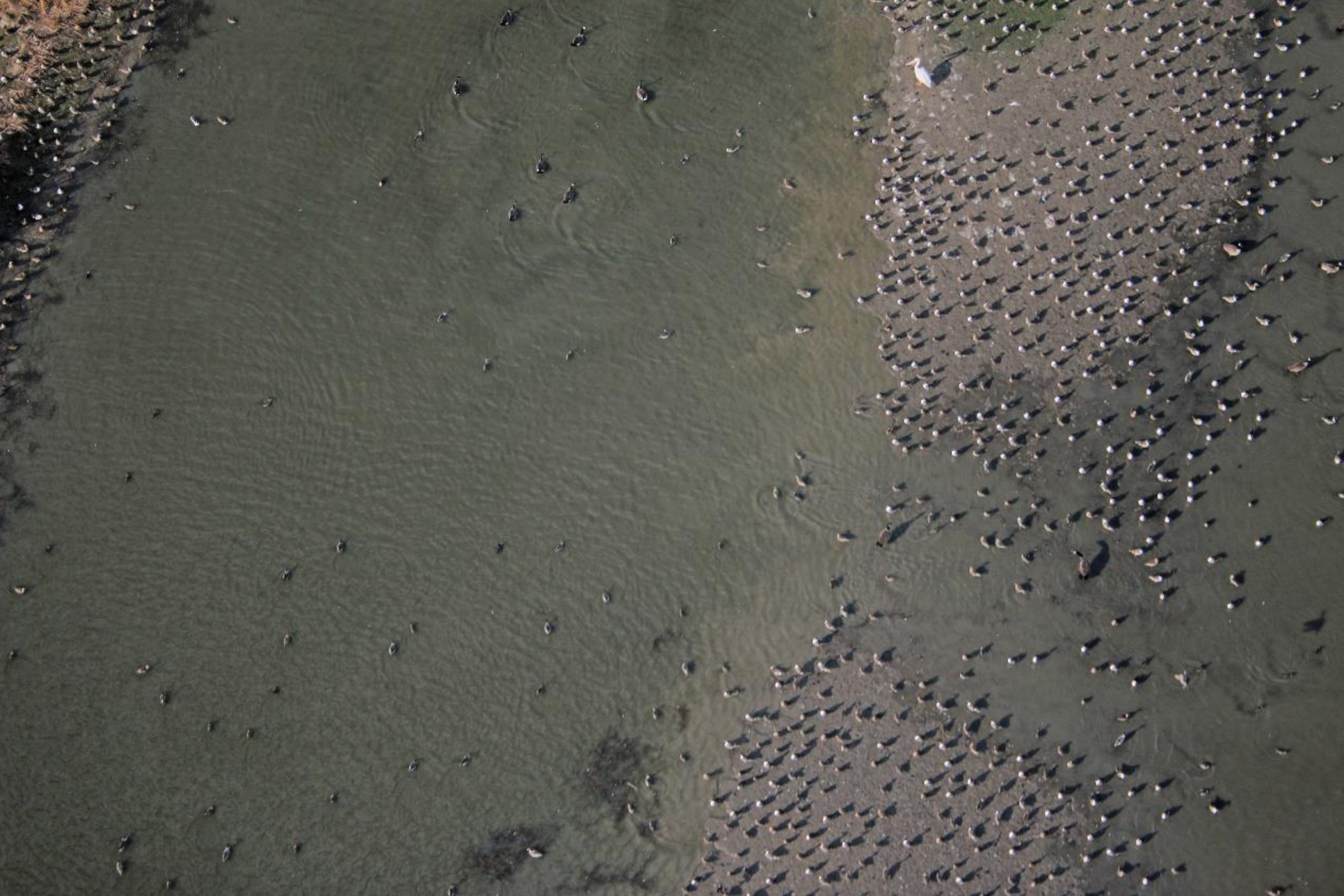 Gusty winds near 25 mph on Halloween morning delayed our weekly waterfowl flight until Tuesday, November 1st. Duck numbers were still climbing along the Illinois River valley (IRV; up 16% from last week) and central Mississippi River valley (CMRV; up 31% from last week). Duck abundance was “eerily” similar between the two rivers and seemed fitting for this week of Halloween. I estimated 198,825 ducks in the IRV which was 19% below the 10-yr average. Duck numbers along the CMRV were 21% above the 10-yr average where I estimated 197,980 birds. Sixty-six percent of the ducks along the Mississippi were located in the confluence region with the Illinois River near Grafton.

I think we had a couple different events happening in the last week. Reports from the field indicated some of the northern pintails may have departed the Havana area on Wednesday October 26th. This report coincided with a 14% reduction of pintails in the IRV and 42% reduction in pintails along the CMRV from last week. I also heard gunning picked up a little on Sunday, October 30th along the middle Illinois River and below Quincy on the Mississippi. This little spurt in hunting success may have been due to a flight of immigrants from the north. In fact, I noticed many more mallards, gadwall, and ring-necked ducks this week, and the first rafts of lesser scaup, or bluebills, were noted in the Nauvoo area of Pool 19. Our duck hunters are hoping for a break in this weather pattern soon so that more ducks from the prairies will arrive on a cold north wind.

I hope you enjoy this photo from Hennepin and Hopper lakes. We were cutting a hard-banked turn right on top of these birds so the shot is looking straight down from above. Note the northern pintails sitting in their normal systematic pattern on the mudflats. If you can zoom in on the photo, you will see Canada geese, American white pelican, American coot, northern shoveler, and the tiny brown ducks are American green-winged teal. Enjoy!