What a difference a week makes! We flew the waterfowl survey on Wednesday, December 21st, and the survey locations along both rivers were almost entirely frozen. As the saying goes, “the ol’ lady is singing”. Just as the Illinois Central Zone duck season closed, we lost 805,000 ducks compared with last week’s estimate of 1,148,990 birds. Despite the ice, we still had a few ducks holding on. The Illinois River had 127,625 total ducks which was 19% below average. Similarly, the Mississippi River had 215,970 ducks which was 32% below average. Mallards comprise the majority of the ducks still hanging around, along with some common mergansers and common goldeneyes. We also picked up a few Canada geese on the rivers where I counted 22,425 honkers on the Illinois River and 12,155 along the Mississippi. Now that duck season is over in central Illinois, it’s time to shift over and field hunt Canada geese.

This will be my last blog for the fall, and this week I chose a photo of the iced up Mississippi River. This view is looking north towards Nauvoo, Illinois from just above the dam at Hamilton and Keokuk. If you remember from last week, this section of the river held 160,000 canvasbacks. They have all departed now for warmer climates. The second photo shows a pocket of open water with some trumpeter swans, Canada geese, white-fronted geese, and mallards. Enjoy! 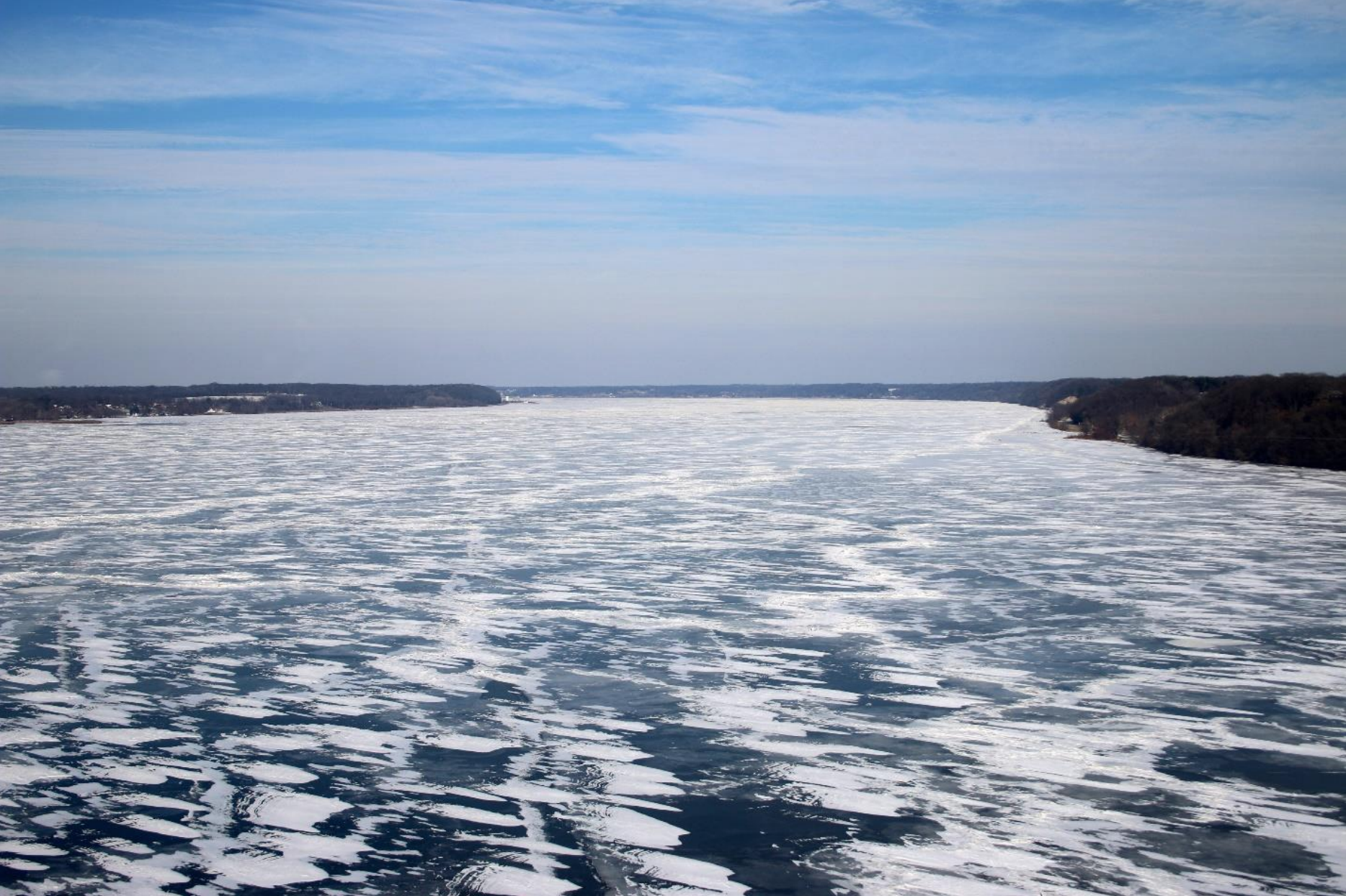 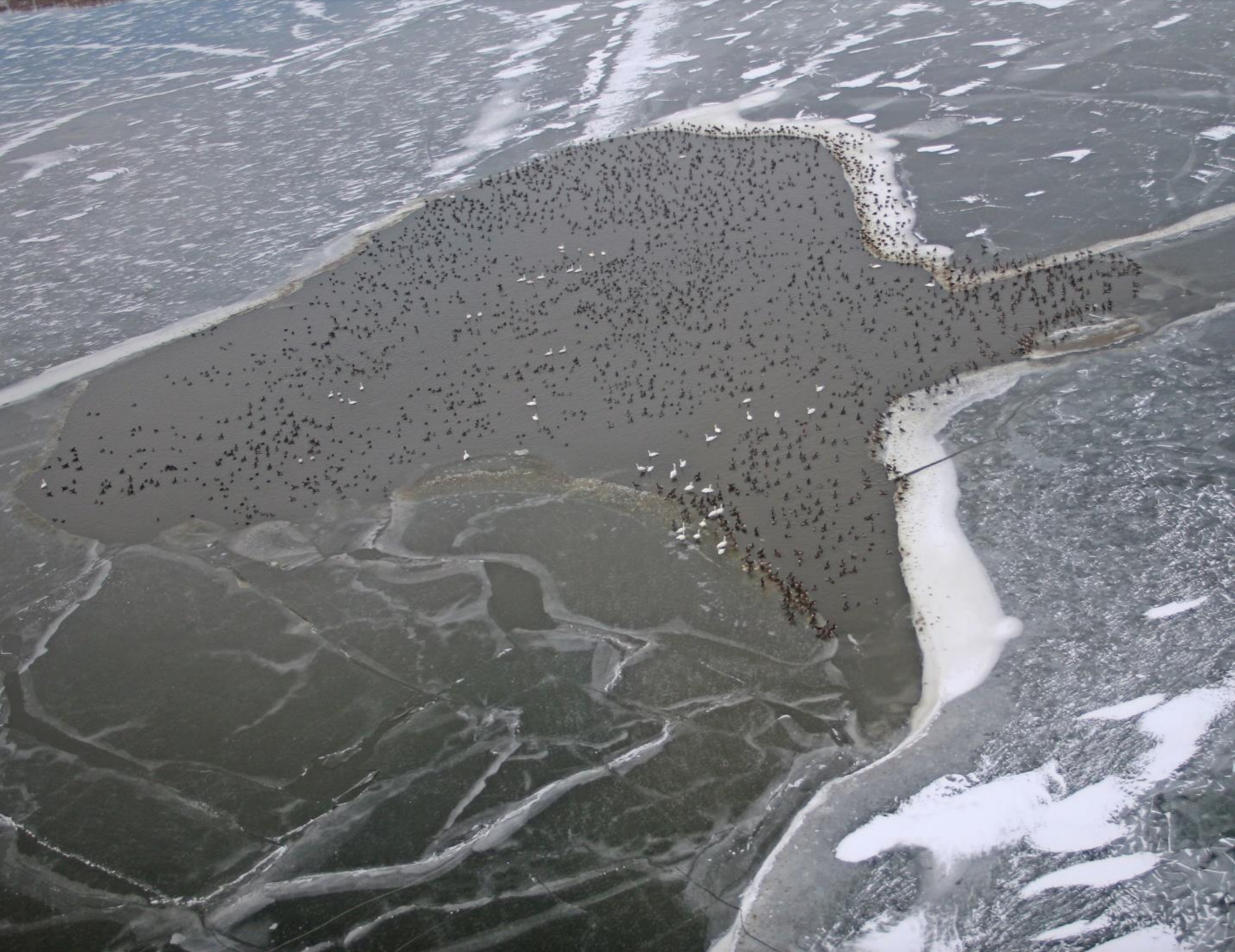