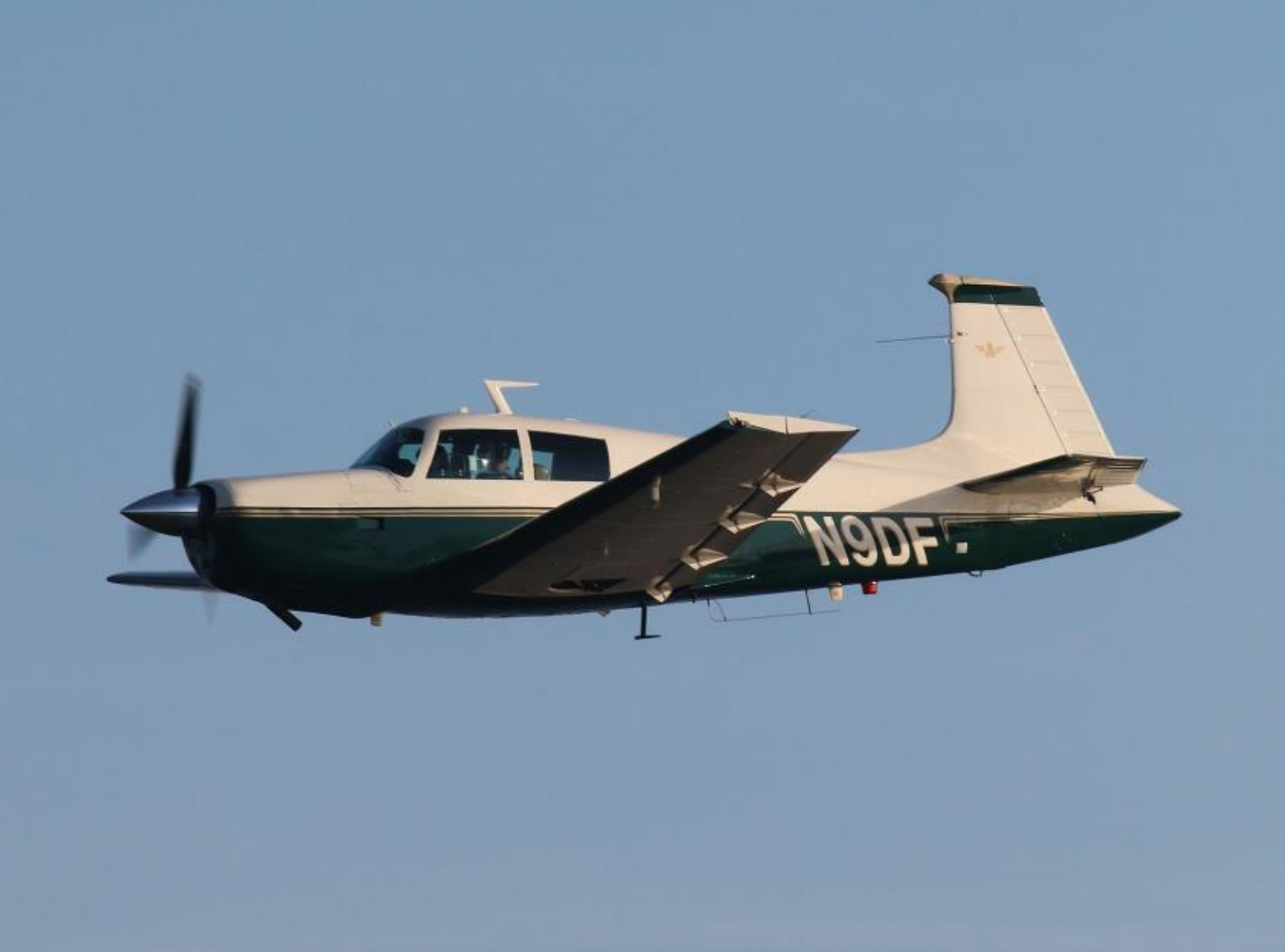 We flew the second regular season waterfowl survey on Thursday October 26th. The flights were delayed from rainy weather earlier in the week. I’m sorry to say we weren’t able to get the Mississippi River flight in this week. Thursday’s winds were approaching 30 mph gusts by 11 a.m. and there was just no way to take that in the airplane. Winds were gusting to 28 mph all day long on Friday, keeping us out of the air.

If you haven’t heard, our airplane is having mechanical issues so we are renting an airplane from a man in Canton. The attached photos of us in Rueben’s airplane were from last week’s flight over Chautauqua NWR. Chris Young just happened to be visiting the refuge last week and snapped a couple of photos for us. We will likely be using this airplane for a couple more weeks until the Piper Arrow is ready to roll. Thanks Rueben! 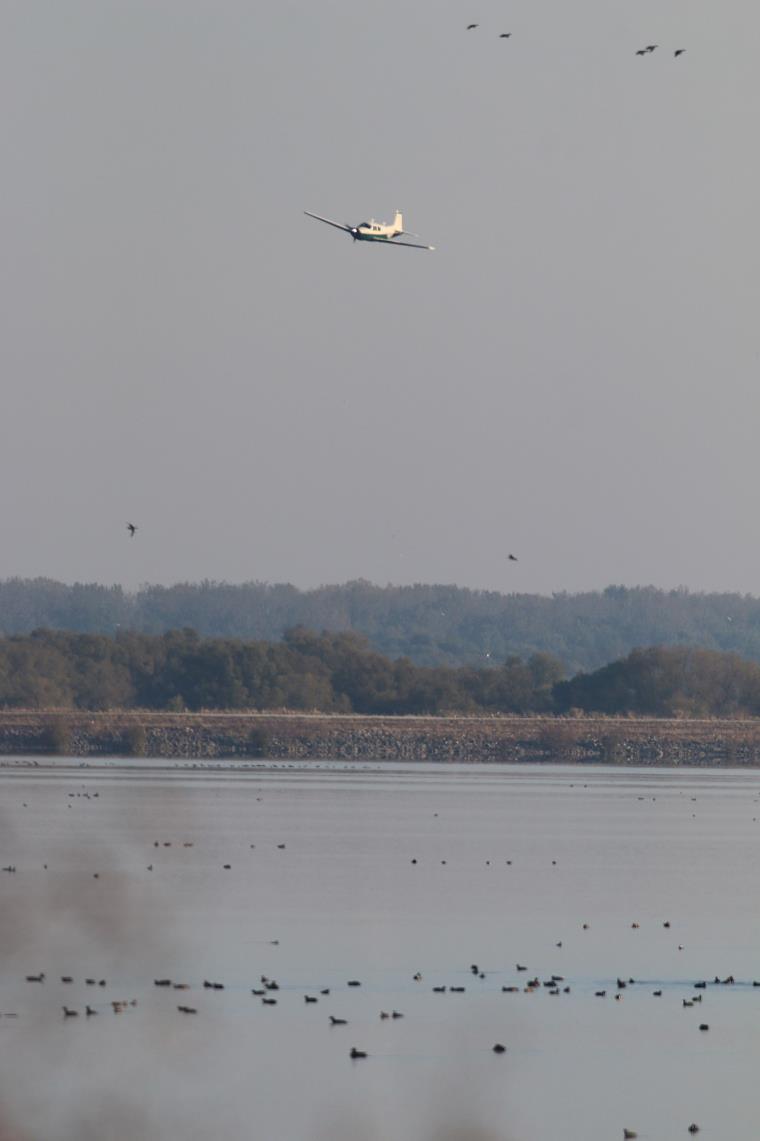 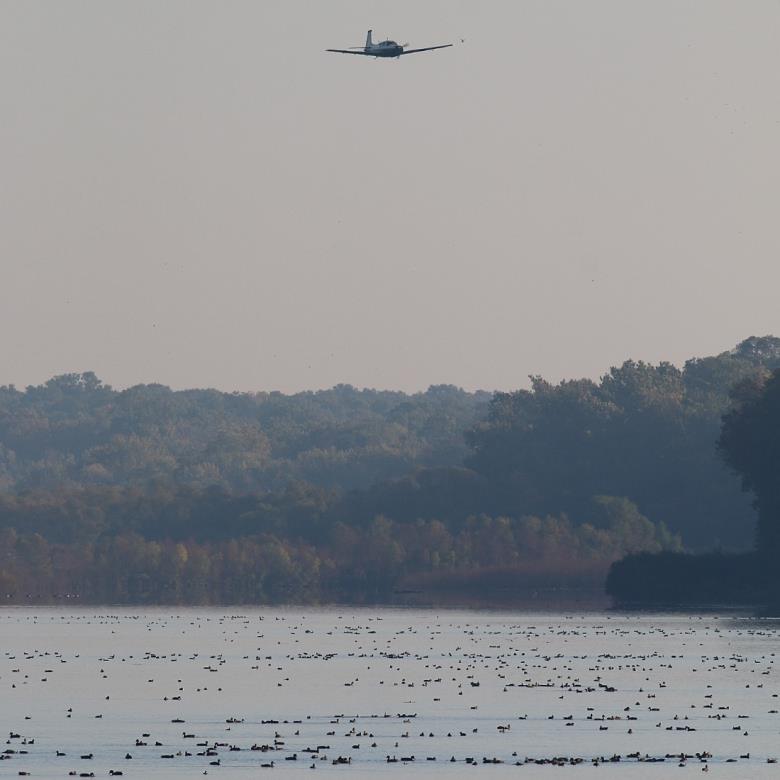 We estimated 203,275 total ducks this week along the Illinois River. This estimate was 11% above the 10-yr average and 26% above last week’s numbers. The bulk of the birds were non-mallard dabblers including: northern pintail, blue-winged teal, American green-winged teal, gadwall, and northern shoveler; however, the mallards are slowly starting to arrive. There were even a few ring-necked ducks, ruddy ducks, and canvasbacks for you diver hunters.

I heard a report from the field that Emiquon lost some birds at sunset on October 26th. I can’t verify that on radar due to a squall line that passed through the Illinois River valley about sunset on Thursday. If we did lose a few birds, let’s hope it was just some American coots heading to warmer climates. The northwest winds today and a low of 19 degrees tonight in North Dakota might just bring a few new birds into Illinois just in time for the central zone opener. As you know, all of us duck hunters are eternally hopeful for whistling wings on a northwest wind! Take care and be careful out there!