We flew the waterfowl inventory on Monday, November 13th just 3 days following the Illinois River flight from last week. We usually would not do back-to-back flights, but the weather forecast was unpredictable for the rest of the week. Despite the short turn around, total duck abundance (387,440) on the Illinois was up 22% from last week and was 32% above normal. It appeared as though we had a little push of mallards over the weekend, and mallard numbers were up 14%. We also noticed a few black ducks in the counts this week. Duck numbers (640,180) on the Mississippi River were very similar to the previous week and were 92% above the 10-yr average. Numbers at Two Rivers NWR dropped about 58,000 ducks from last week; however, I suspect those birds have redistributed around the duck clubs in St. Charles County Missouri due to the early split in the Missouri, Middle Zone, duck season.

I wanted to send a little praise this week to Sanganois SFWA on the Illinois River. Waterfowl habitat at Sanganois looks phenomenal this year, and their duck harvest corresponds. Over the first 17 days of the season, Sanganois has harvested 3,726 ducks, or 219 ducks per day. We are fortunate for the dedication of the site staff and cooperation of the Illinois River. In late July, we were within inches of losing the bountiful crop of moist-soil to river flooding. I am also monitoring duck use of the Ash Swale Refuge this year. For those of you interested in those numbers, I am including a blurb each week in the email I send to the Illinois Department of Natural Resources. Ash Swale is comprised of willow and buttonbush, and it is hard to see the birds in the dense vegetation; however, this week I estimated 15,000 ducks using the refuge and I have no doubt that number is biased low due to the poor visibility in the woody vegetation. 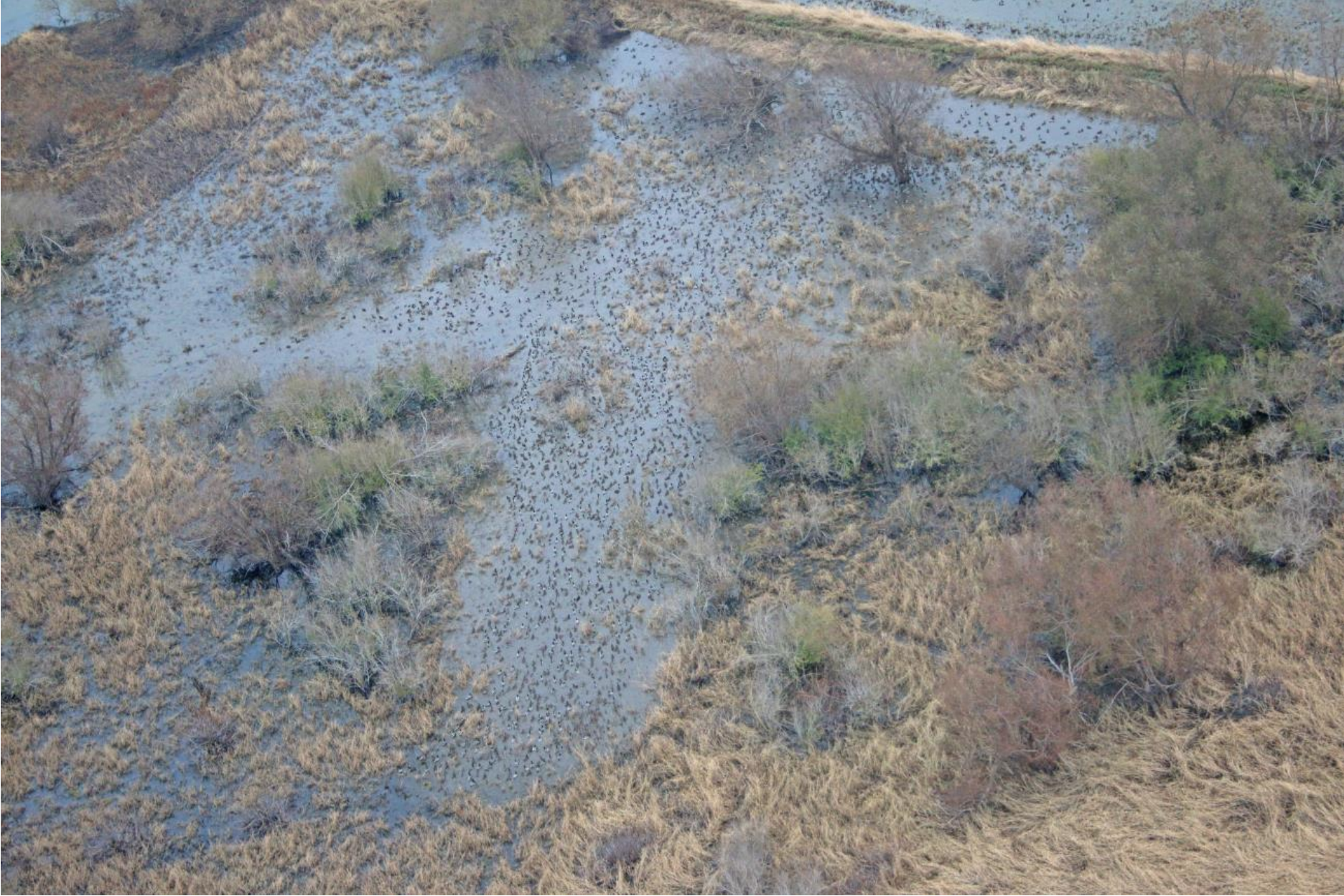 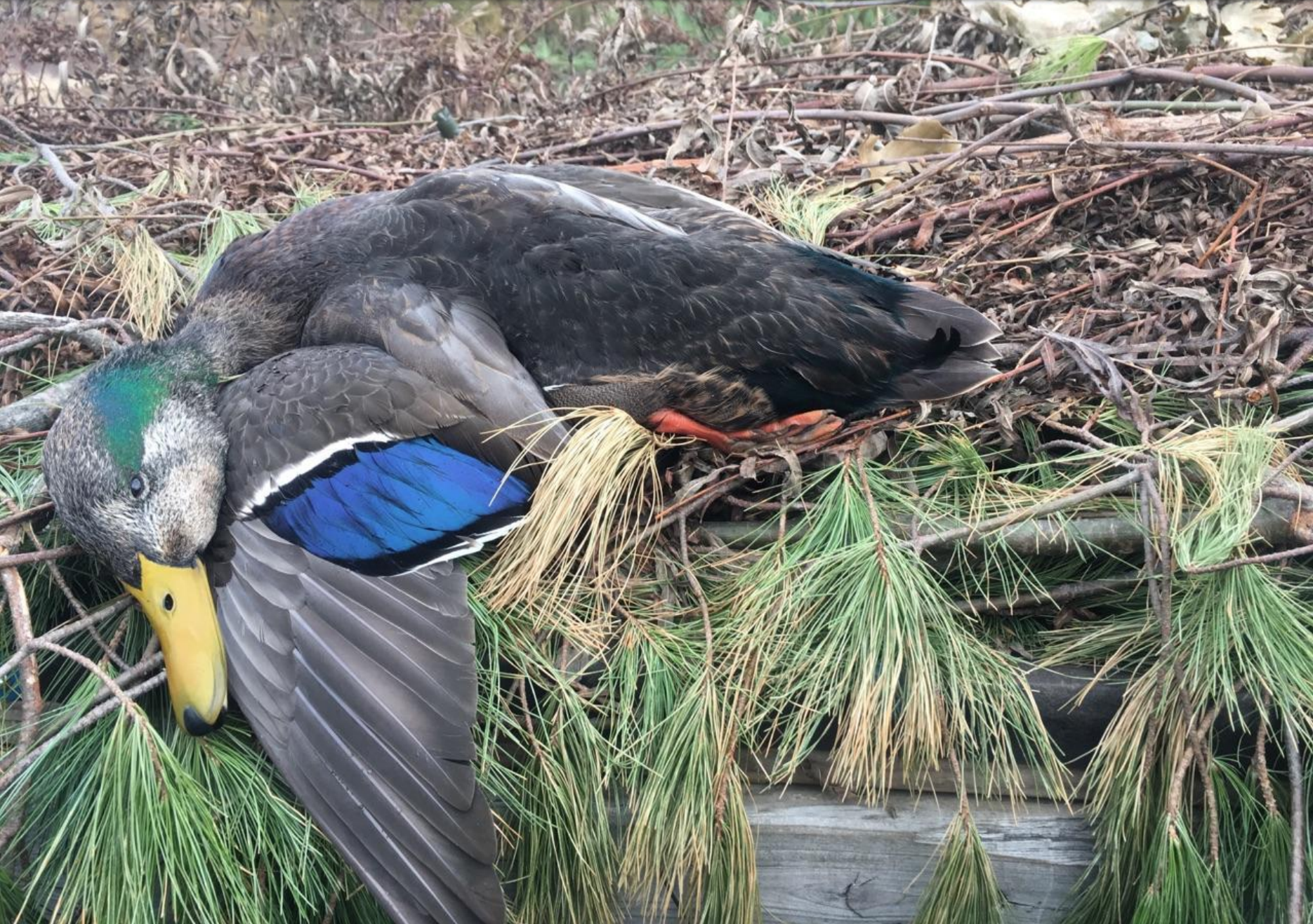 If you can zoom in on the attached photo I took this week, you may be able to find a pair of American black ducks towards the lower end of the flock. By coincidence, a friend of the Forbes Biological Station sent me a photo of a mallard x black duck hybrid he harvested this week on Quiver Creek adjacent to Chautauqua NWR. The bird has characteristics of both mallard and black duck and is a very beautiful specimen. According to the annual parts collection survey (Wingbee) conducted each year by the USFWS, a duck hunter in Illinois has a 0.25% chance of harvesting a mallard:black duck hybrid for every mallard taken. This equates to 1 hybrid for every 400 harvested mallards. Ron, I think you should buy a lottery ticket this week!