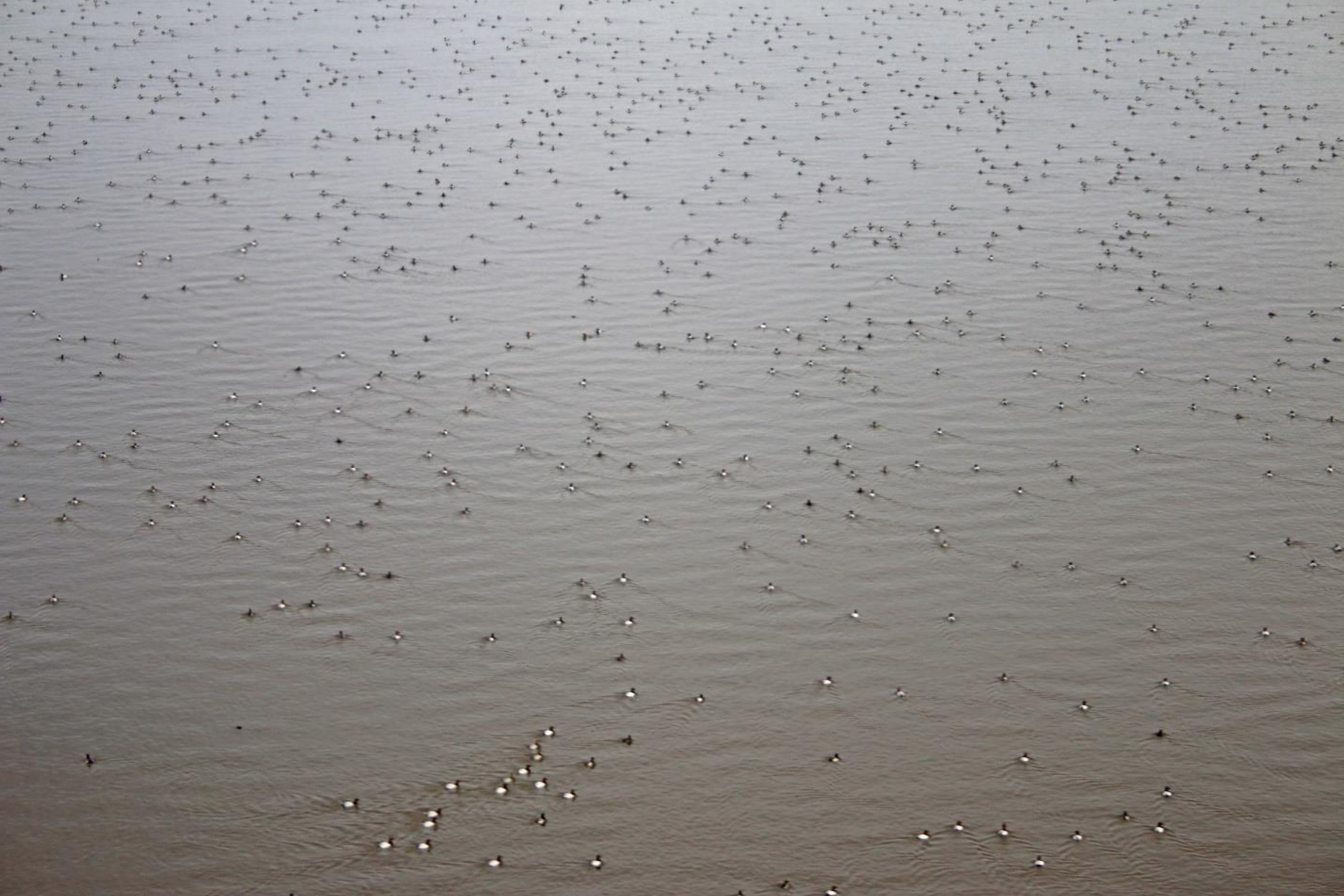 We tried to capture a video of the canvasbacks with a cell phone (What would we do without cell phones?). I will post the video on the Forbes Biological Station Facebook page for your viewing. Sorry for the bouncing video but that’s what it is like in the plane! Enjoy! Thanks to Joe Lancaster for the video!