We flew the waterfowl survey on Monday, December 12th , and many locations were nearly frozen. Despite the ice, we found substantial numbers of ducks holding on in small pockets of open water or in the windswept areas of big water. I have had many questions from the hunters about the arrival of migrating Canada geese, but my goose numbers along both rivers were insignificant and below average. I am sure our local geese are getting consolidated down to the big waters or power plant cooling lakes as we continue to freeze up.

Our estimate (289,215) of ducks along the Illinois River increased 32% this week and were 51% above average for mid-December. There was a big increase in divers along the upper Illinois River where found a couple of rafts of diving ducks that totaled 38,000 birds. Other increases along the river included mallards (186,855) which were up 17% from average and 36% above last week. Duck numbers along the central Mississippi River valley (CMRV) were busting at the seams. We estimated 859,775 total ducks along the CMRV which was 191% above average and a 24% increase from last week. Mallards were estimated at 482,325 birds which were 168% above average and 50% up from last week. A whopping 159,675 canvasbacks were counted on the Mississippi and most were in the vicinity of Nauvoo, IL on Pool 19. Canvasbacks were 272% above average and 99% up from the December 7th estimate. These staggering numbers from the CMRV represent the 10th highest count of total ducks and the 5th highest count of canvasbacks dating all the way back to 1948. I am sure Frank Bellrose would be doing cartwheels if he was still around to see these canvasbacks and mallards on the central Mississippi River!

I snapped a couple of nice photos this week, and if you remember from last week’s blog, I was trying to show what a mallard looked like from above. As you can see, the black stripe on the drake’s back can be very prominent from different aspects while the white sides dominate the bird from other views. Additionally, I got a nice photo of diving ducks. I hope you can see the red head and white body on the drake canvasbacks in contrast to the overall black appearance of the ring-necked ducks and the grayish tone of the lesser scaup (middle of photo). 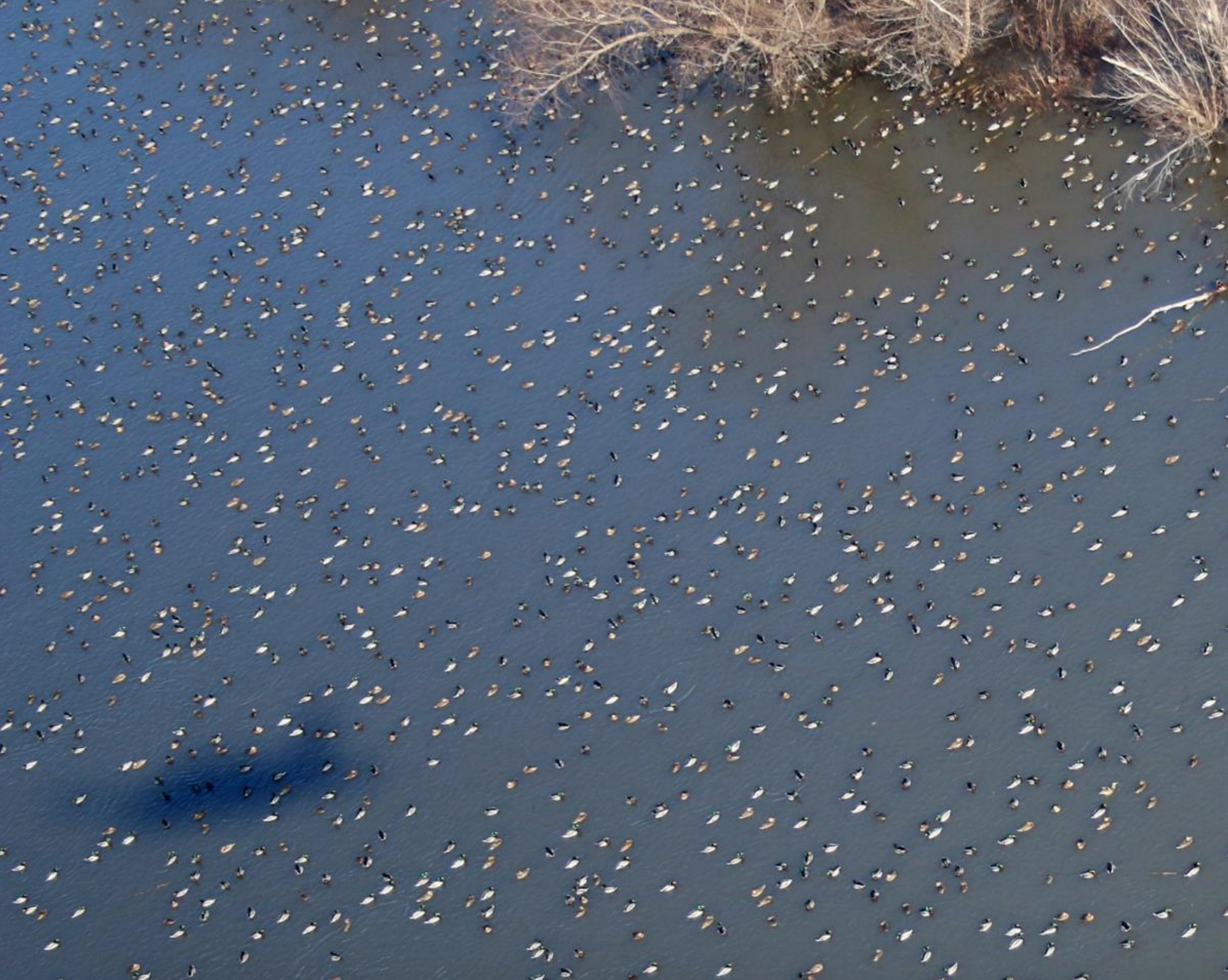 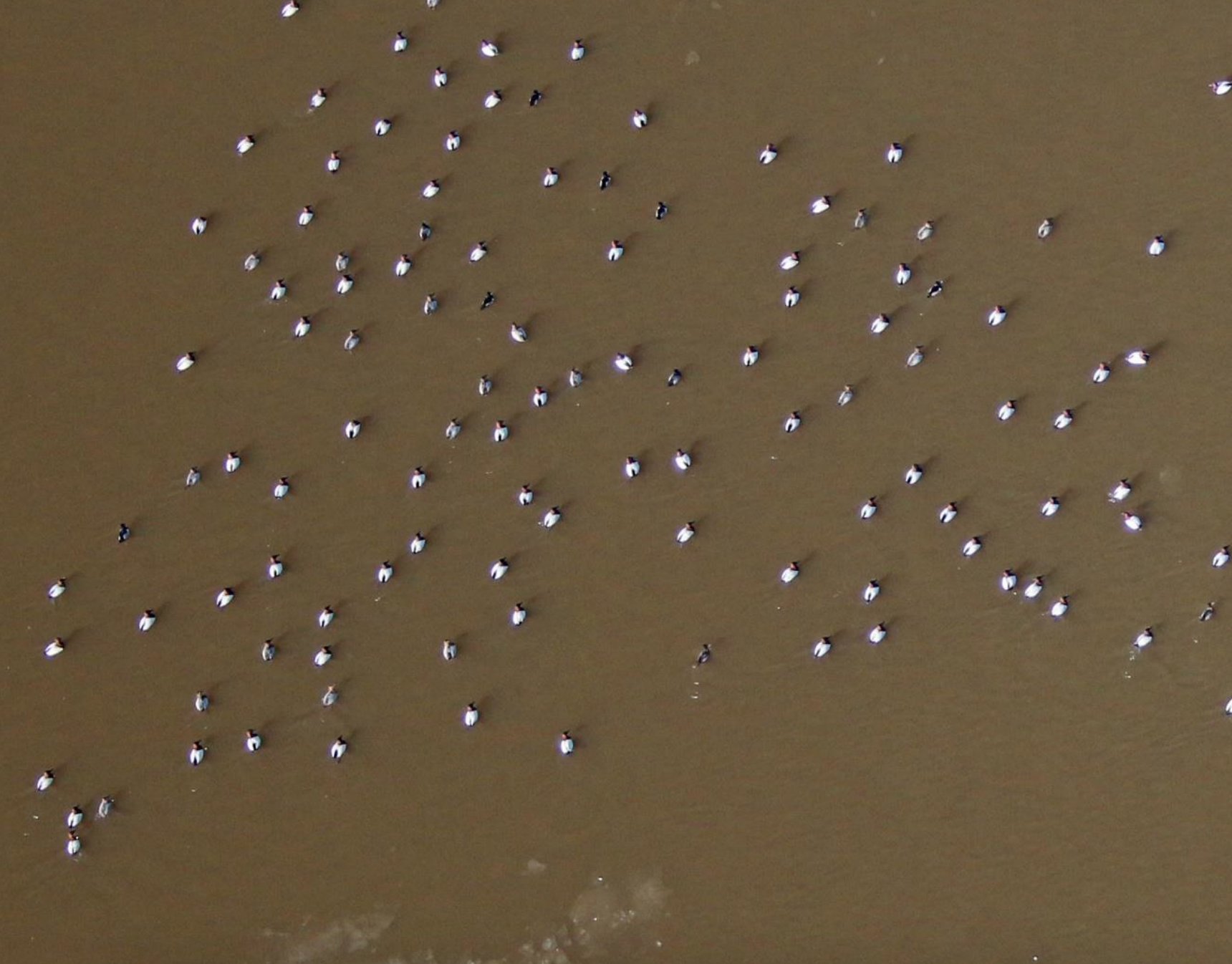